April 9, 2020
by Ron Soliman
in Photojournalism
No Comments
GOOD FRIDAY CRUCIFIXIONS IN THE PHILIPPINES, Holy Friday Rituals in the Philippines, SAN PEDRO CUTUD IN PAMPANGA

The Pain of Faith – Holy Week Rituals in the Philippines

I went back to my home country – the Philippines during Holy Week to document this tradition that dates back hundreds of years ago.

WARNING : This gallery contains graphic images that some viewers may find disturbing. Viewer discretion is advised

Penitents in the Philippines emulate the sufferings of Jesus during Holy Week to atone sins or pray for their sick love ones. Some carry crosses and some scourge their wounded backs as they make their procession around their village stopping at each stations, where devotees sing the “Pasyón”, the Philippine epic narrative of the Passion, Death, and Resurrection of Jesus Christ.

And on Good Friday, in the town of San Pedro Cutud in Pampanga thousands gather to witness nine men as they are crucified to the cross by villagers dressed as Roman Centurions as part of the Holy Friday rituals. Ruben Enaje, 51, who plays “Kristo” is among those nine men. According to Enaje, he started doing this in the early 80s as a thanksgiving to God after surviving a fall from a five-storey building. He believes he was given another chance of life by God. Though the Catholic Church discourages this practice, many Filipinos still continue this tradition in many provinces around the country. 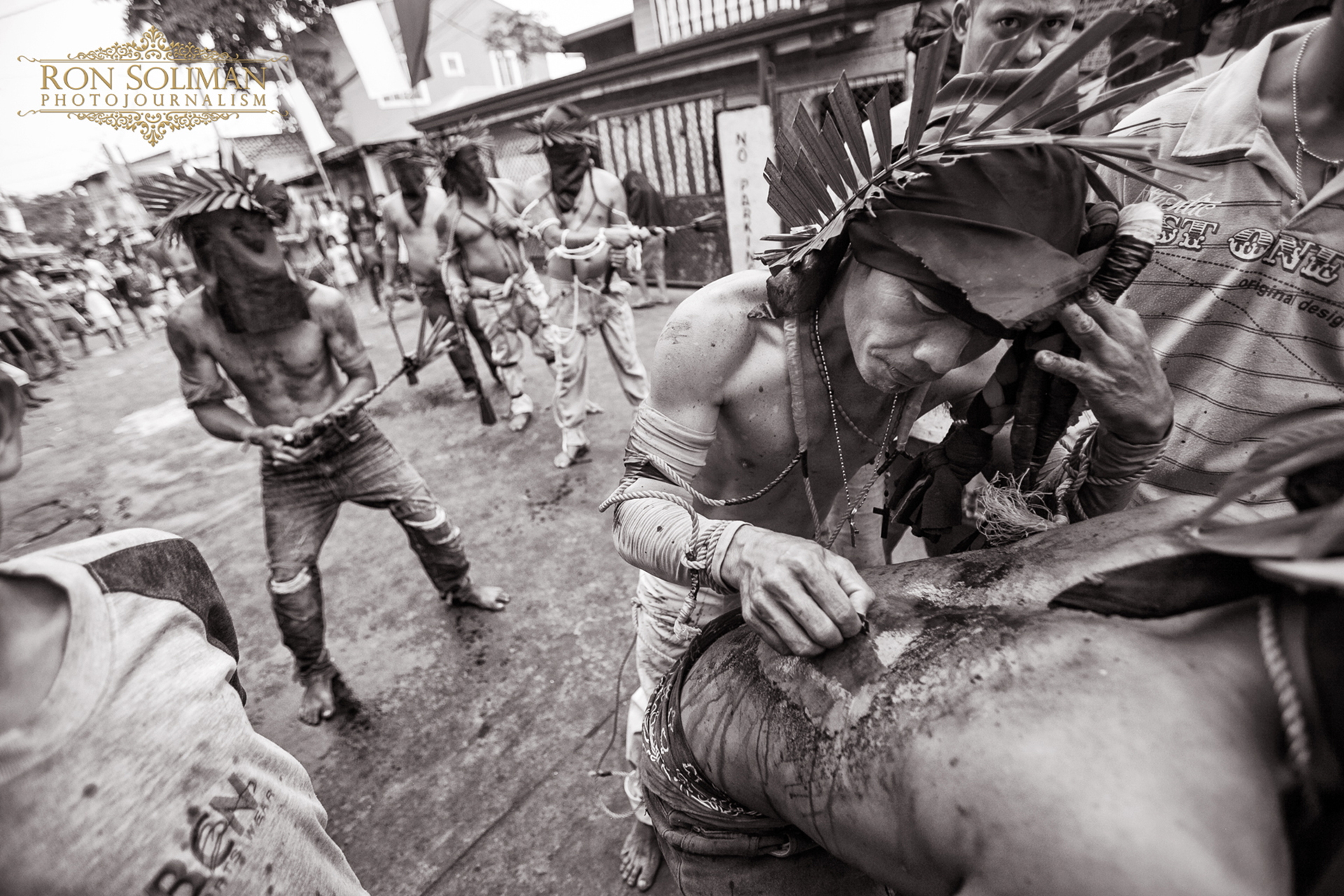 A penitent gets his back wounded with sharp blades before he starts scourging his back as part of his Holy Week sacrifice. 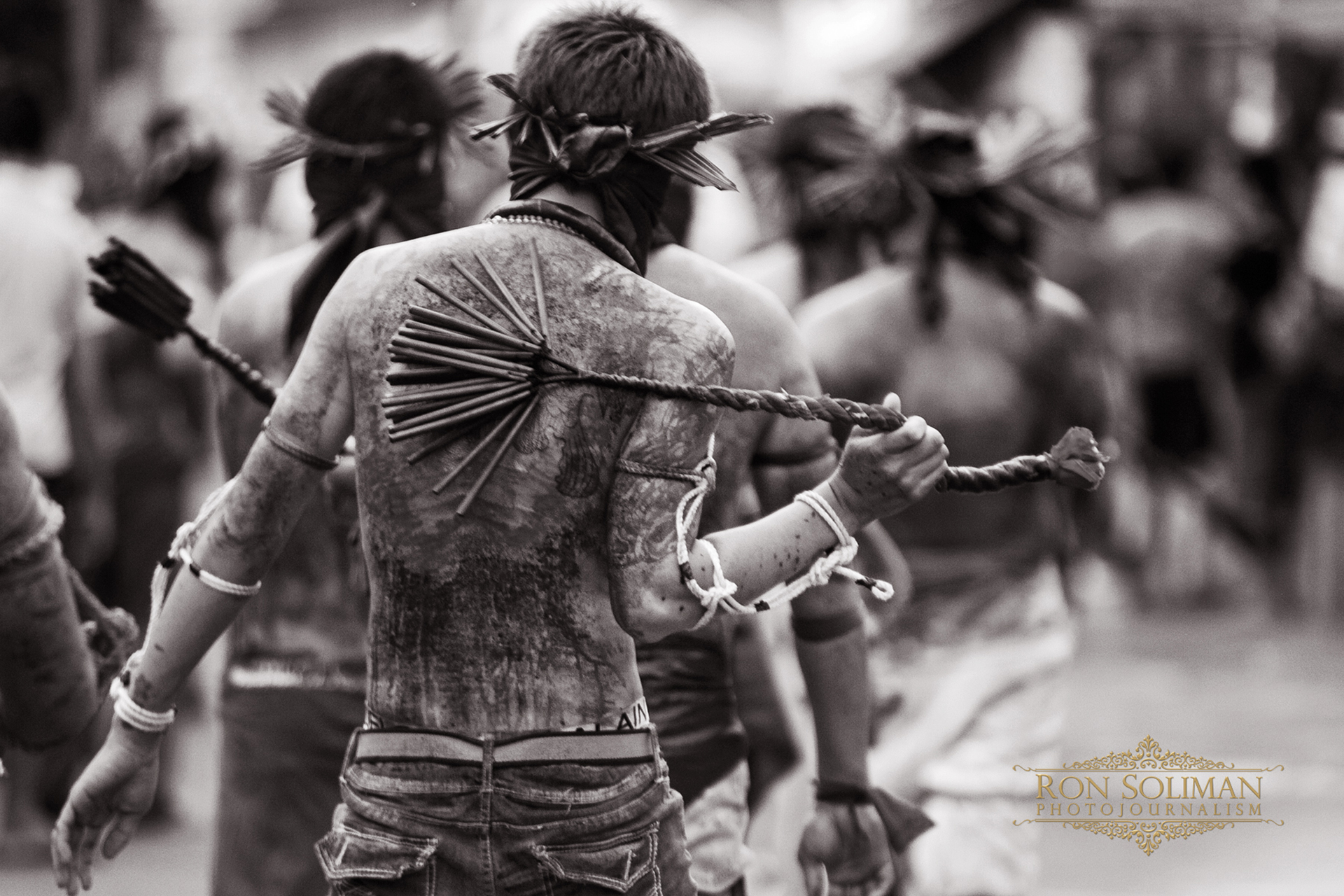 Flagellants (penitensiya) make their procession around the village with bleeding backs to fulfill religious vows or to do penance for their sins on Holy Friday. 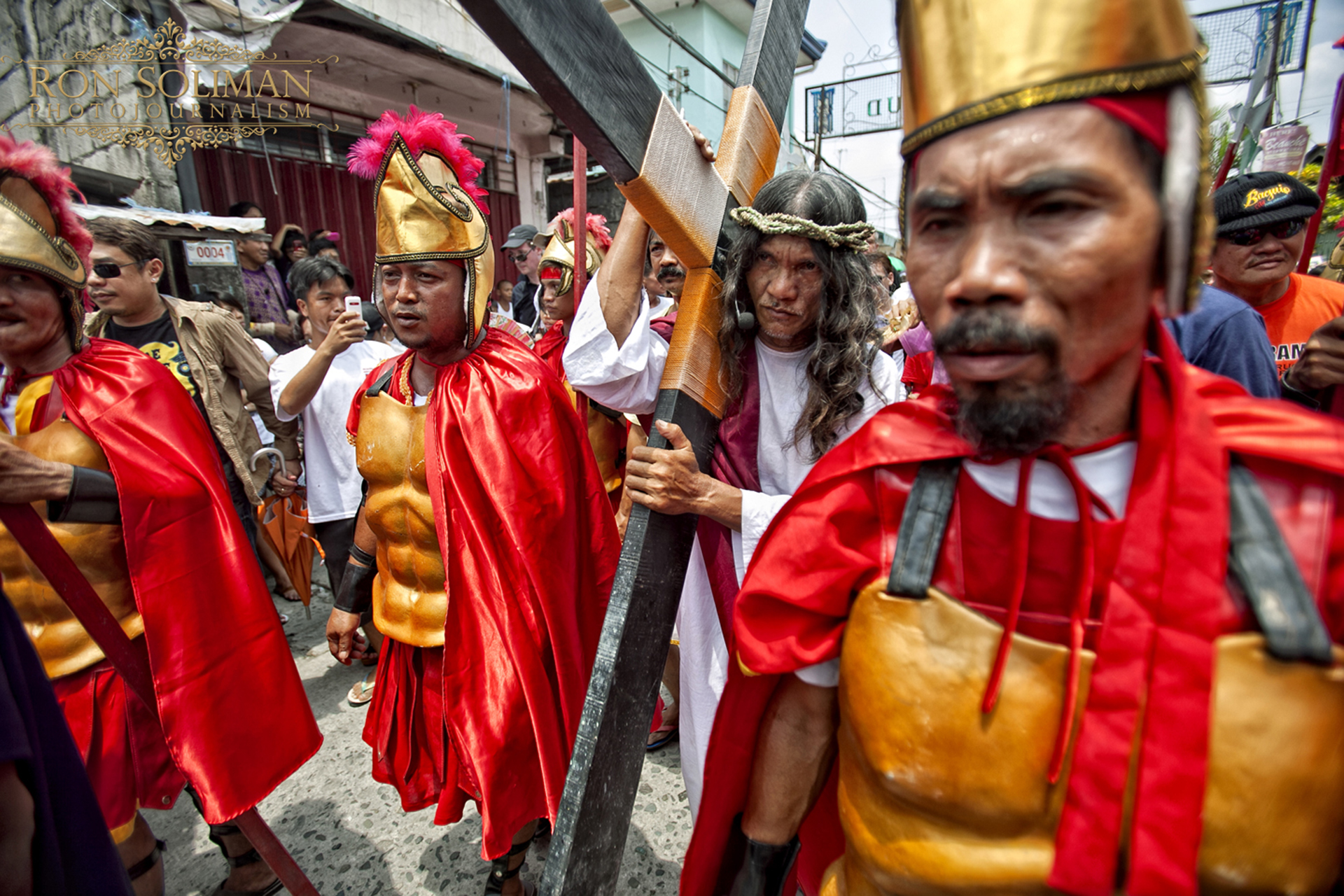 Ruben Enaje, 51, of San Pedro Cutud in Pampanga carries the cross as he plays “Kristo” during the Holy Friday rituals in Pampanga, Philippines. Enaje, who is among nine men nailed to the cross on Friday, started doing this in the early 80s as a thanksgiving to God after surviving a fall from a building. He is in his 26th year of crucifixion. 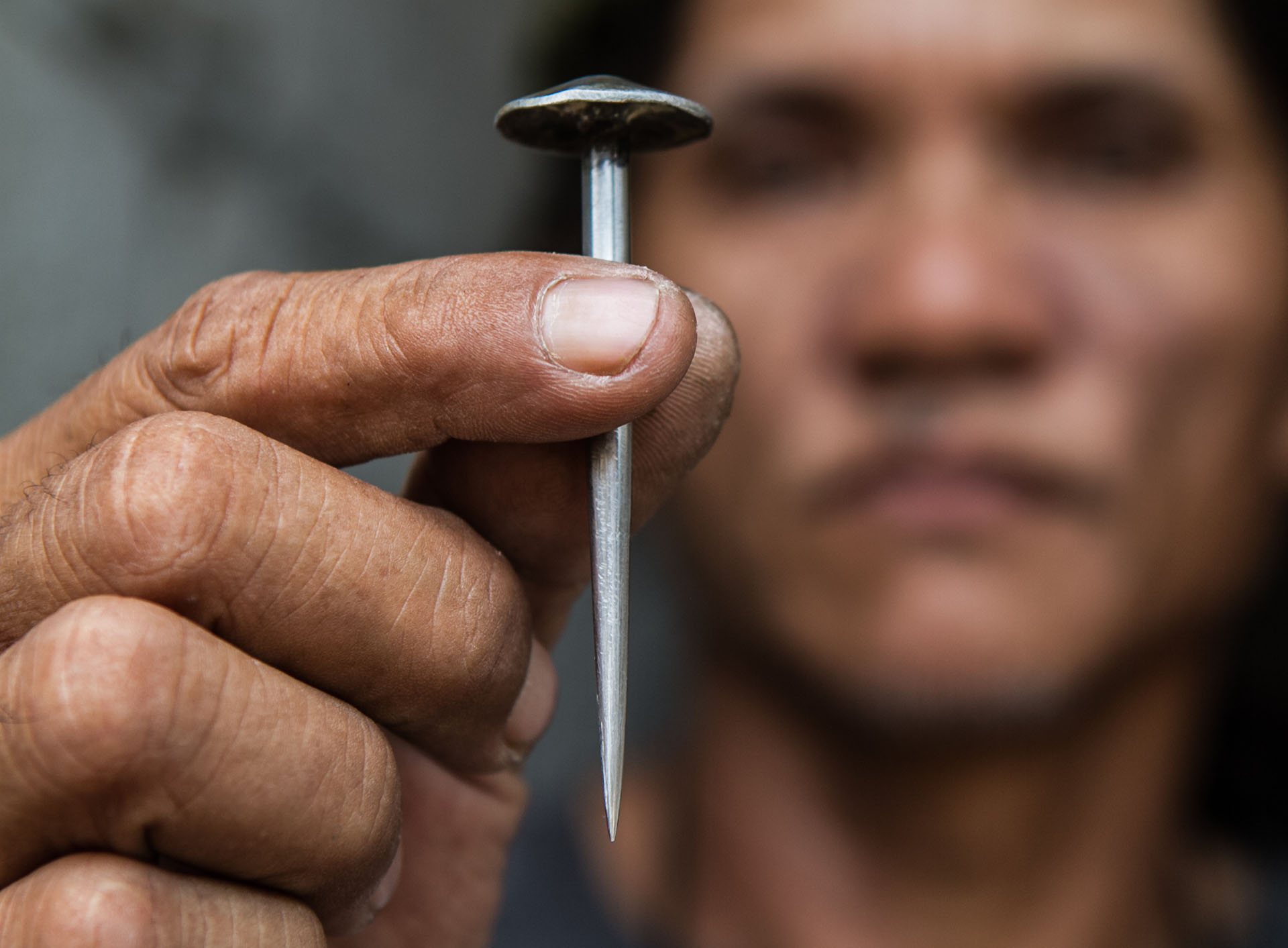 The nails they used are sterilized for days. 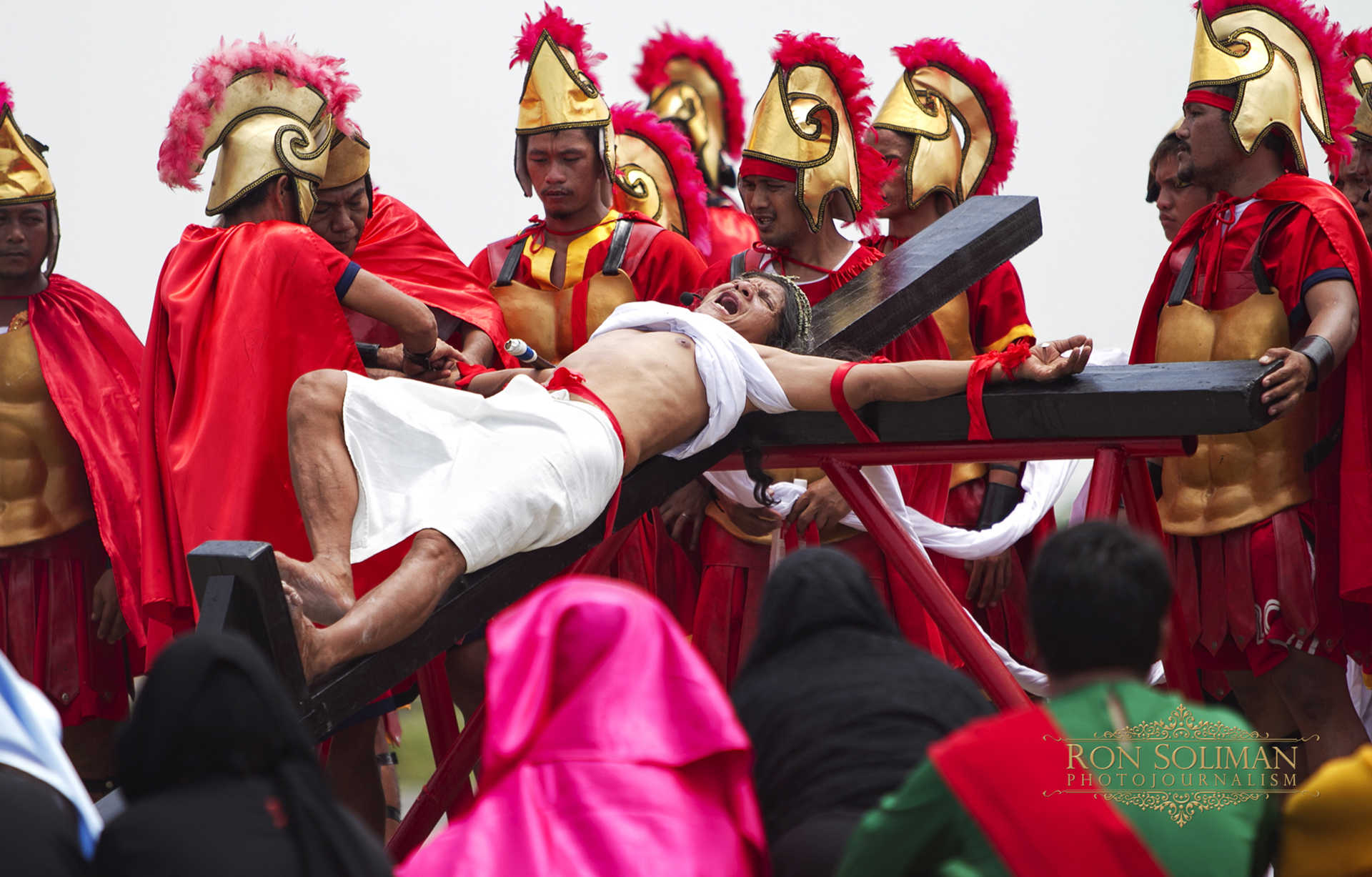 Ruben Enaje, 51, of San Pedro Cutud in Pampanga is crucified to the cross by vilagers dressed as Roman Centurions during the Holy Friday rituals in Pampanga, Philippines. 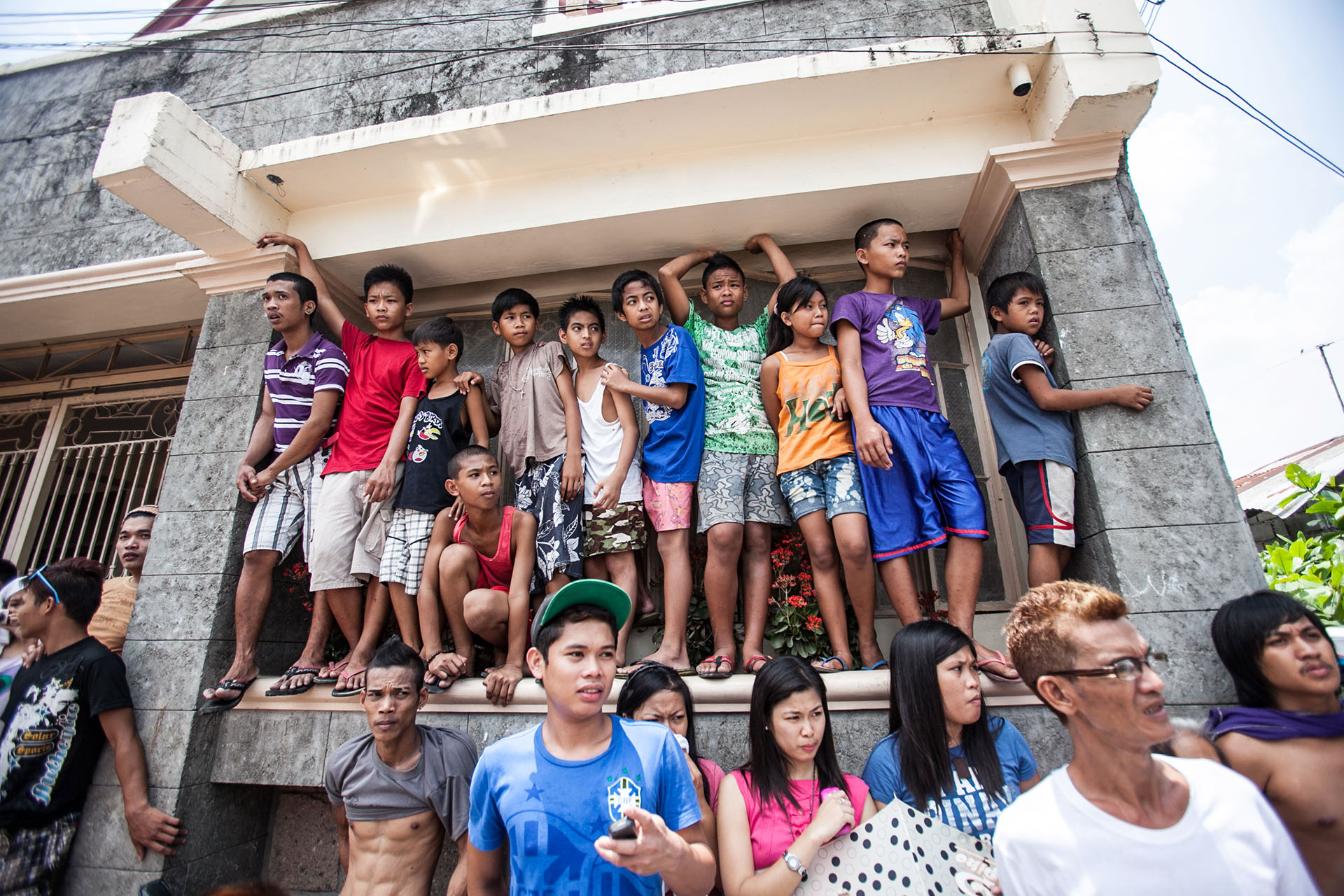 Spectators goes up to higher grounds to get a good glimpse of the “Kristo”.

Thousands of people gathered to witness the annual crucifixions in Pampanga commemorating Good Friday as they re-enact Jesus Christ’s suffering.

Another penitent Ramil Lazaro of Pampanga is crucified to the cross by villagers dressed as Romand Centurions during the Holy Friday rituals in Pampanga, Philippines. Lazaro is in his 10th year of crucifixion. 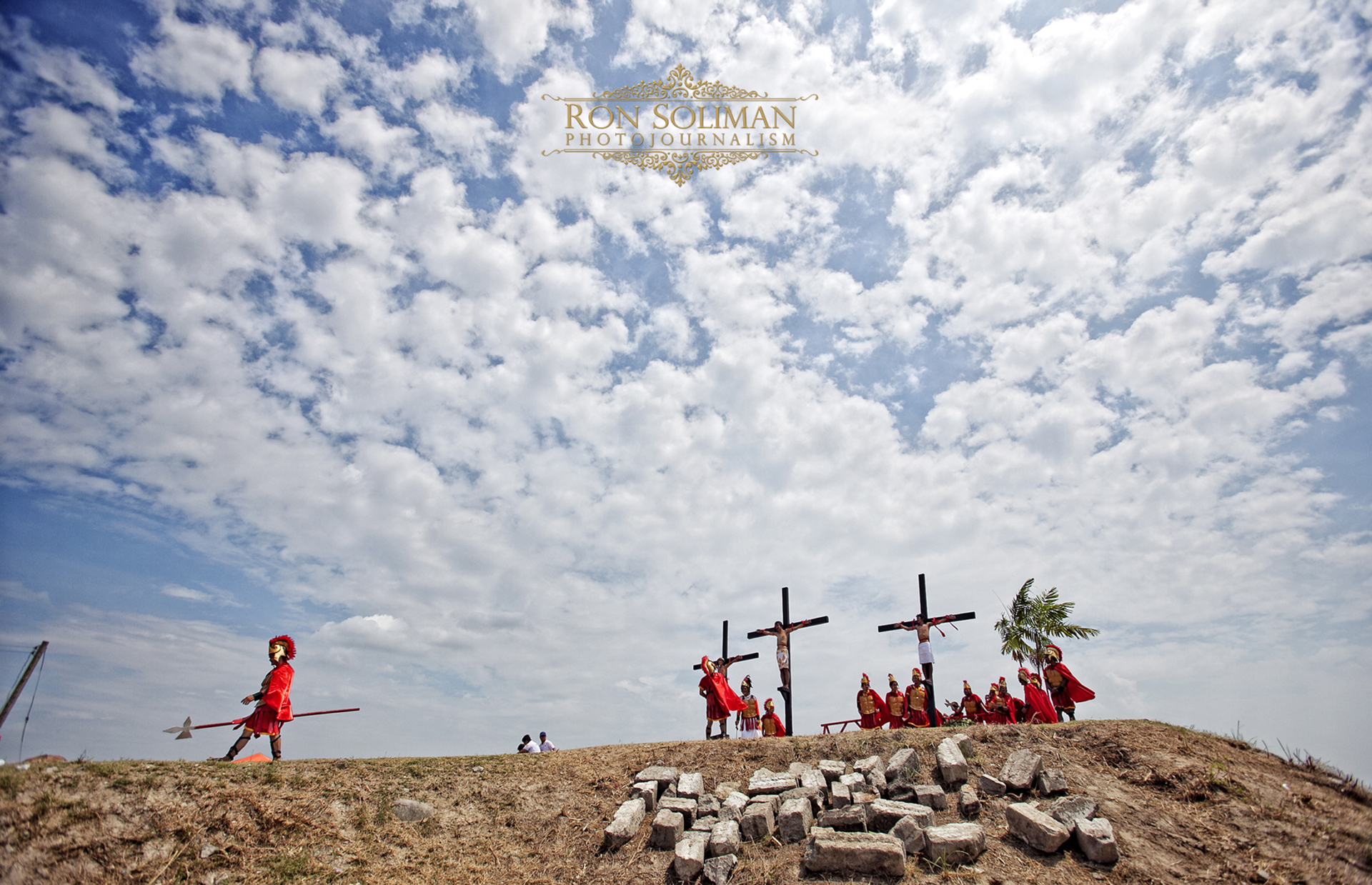 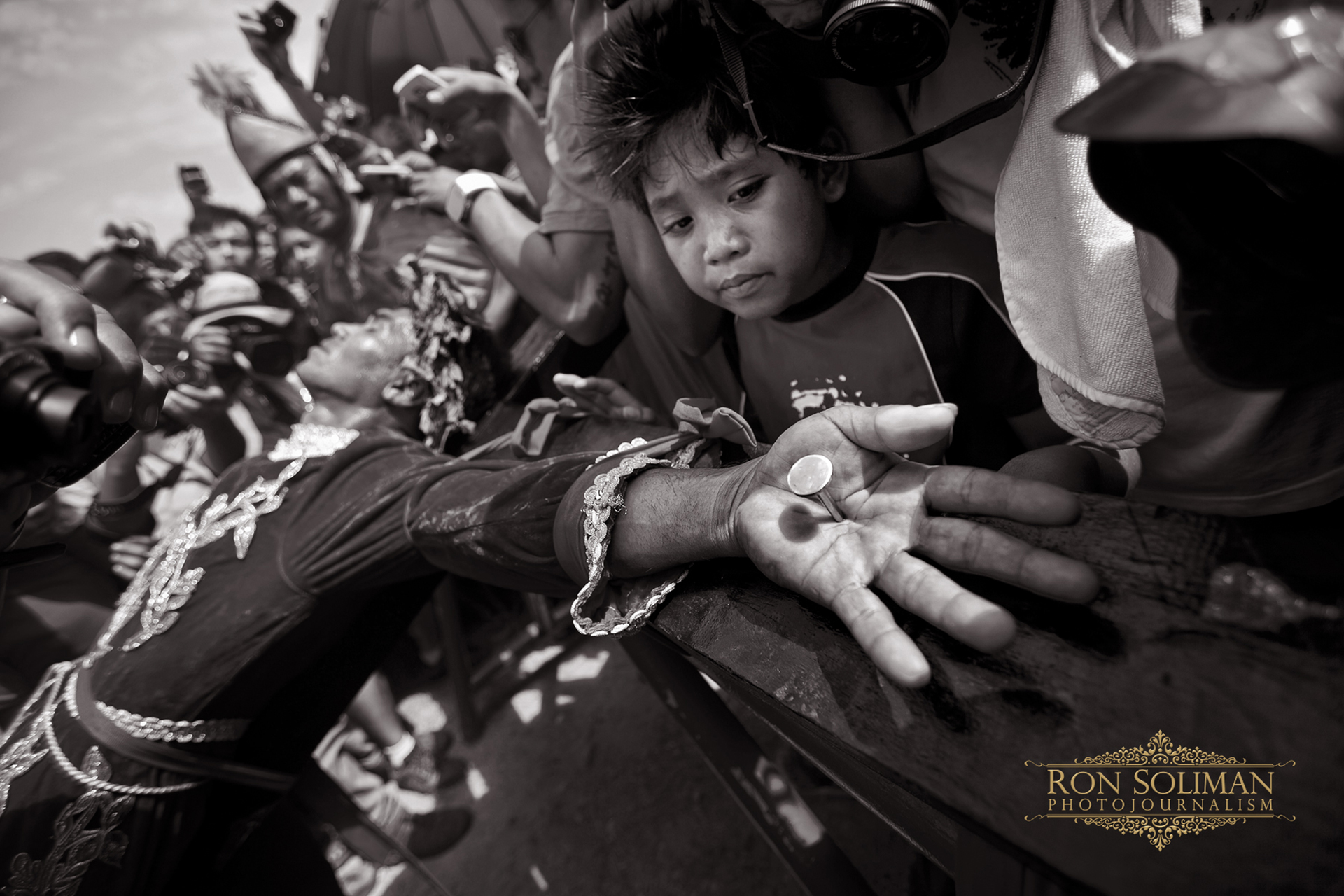 A boy looks at the nail on Ramil Lazaro’s hand while he is being crucified to the cross by villagers dressed as Romand Centurions during the Holy Friday rituals in Pampanga, Philippines. 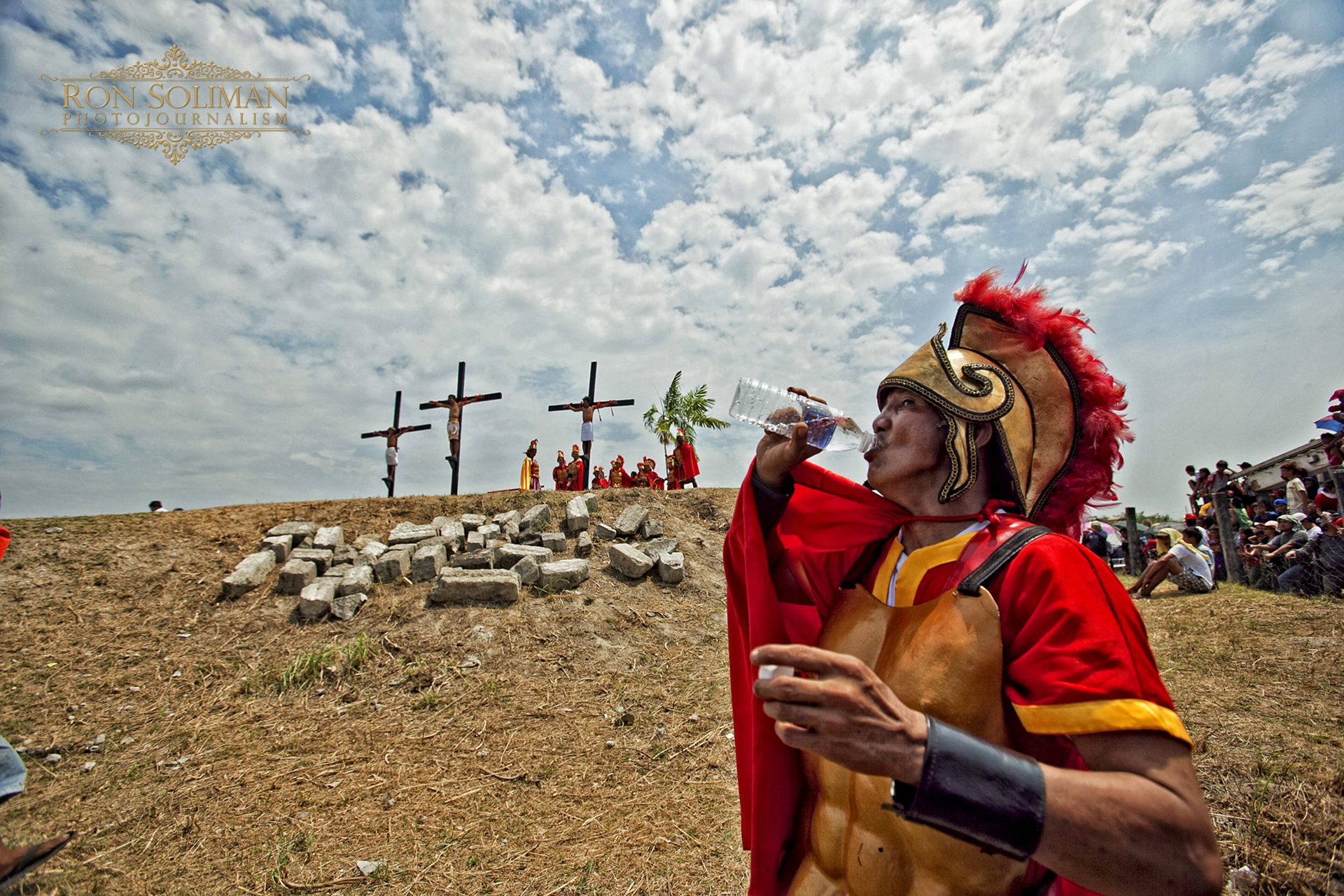 A man dressed as a Roman Centurion takes a break during the crucifixion rituals in Pampanga, Philippines. 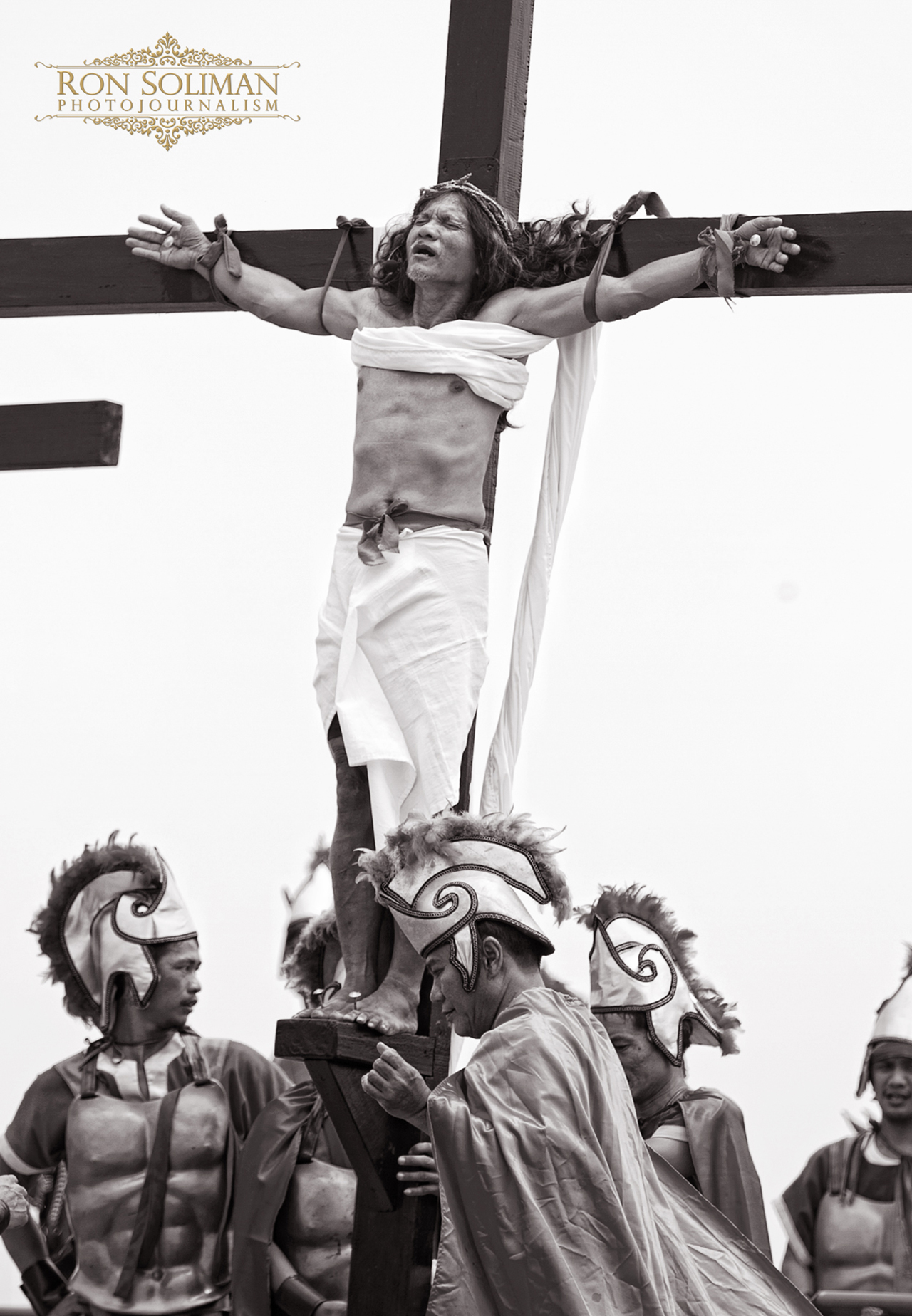 Though it is being discouraged by the Roman Catholic Church, thousands of faithful still continue this tradition of holy friday rituals in many provinces around the country with the belief that their sins will be forgiven by doing such extreme sacrifices. 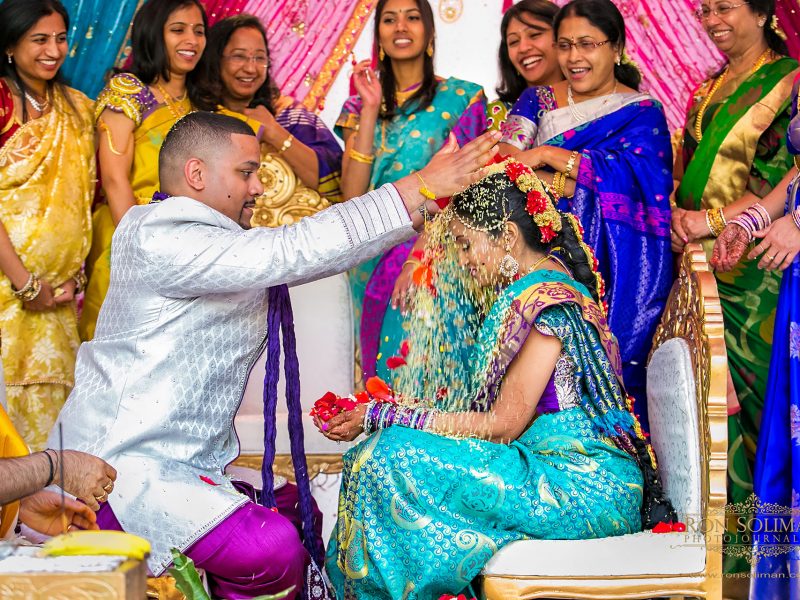 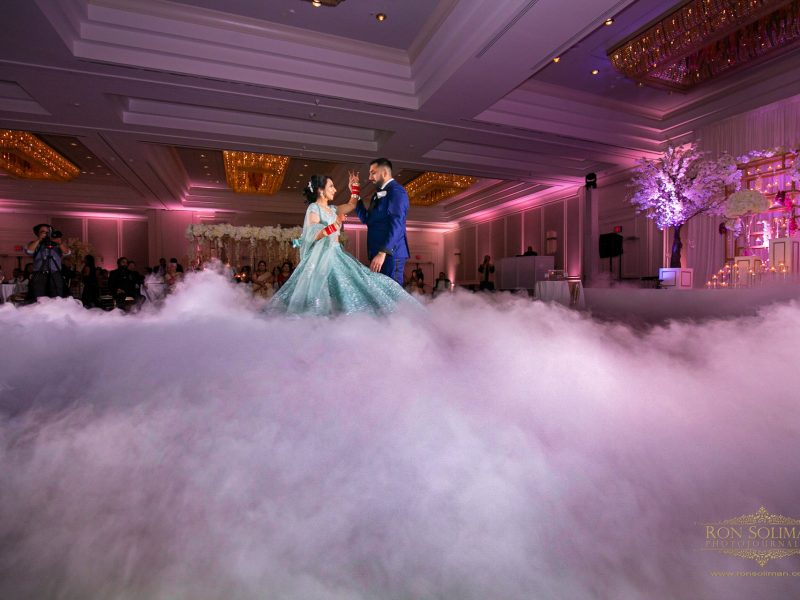 September 1, 2021
by Ron Soliman
in Weddings

Happy Wedding Anniversary to Pooja and Vinay!  Ron Soliman Photojournalism team had the pleasure of documenting the union of Pooja and Vinay at the Hyatt Regency in Reston, VA. We had a blast photographing every moment of the wedding. Below are some images from their beautiful wedding. Vinay and Pooja, we wish you a lifetime of happiness as you […]