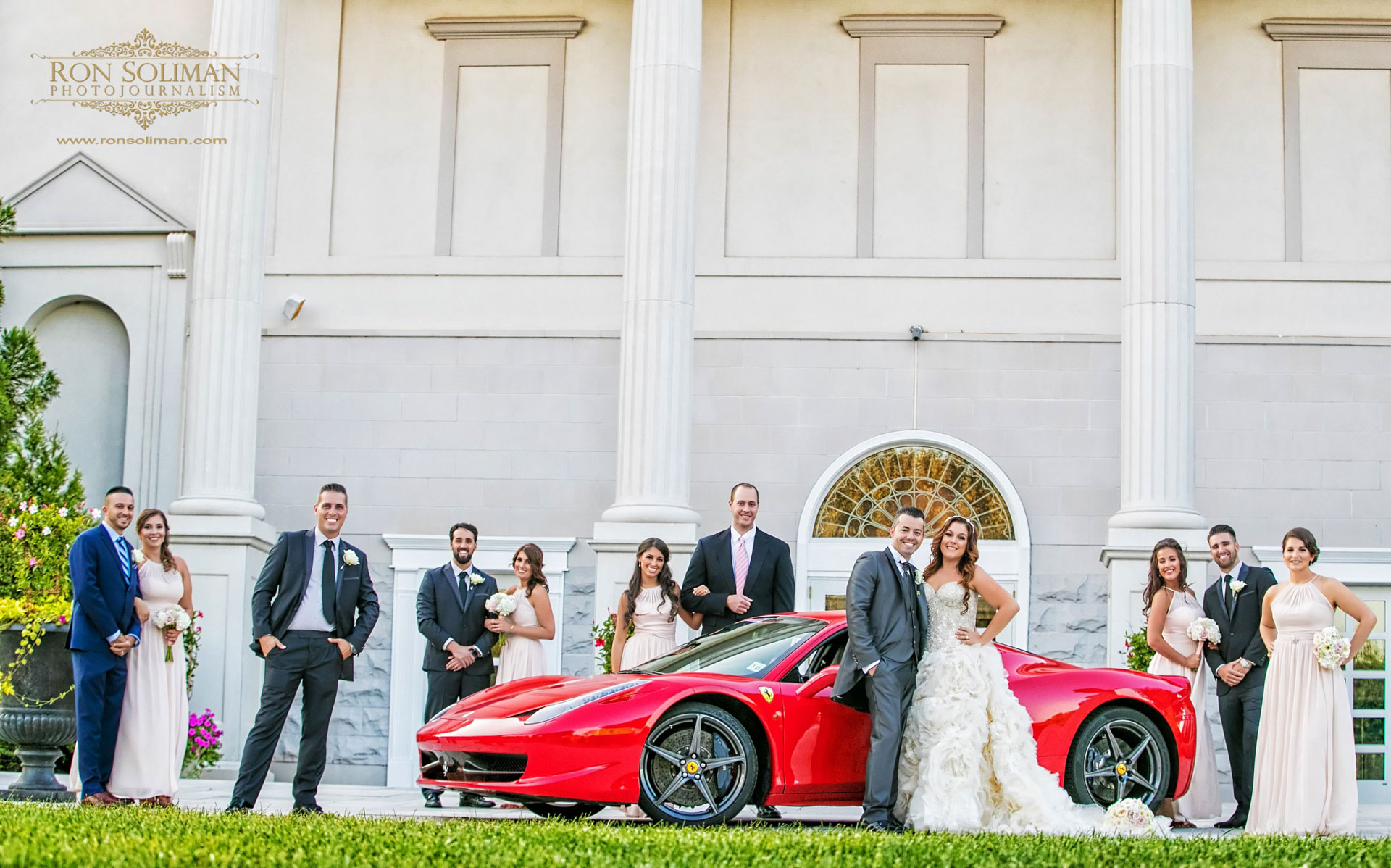 Happy Anniversary to Dionna and Victor!

We covered Dionna and Victor’s wedding reception at The Palace at Somerset Park a couple of weeks ago. They just got back from their beautiful wedding in Italy. We were thrilled to be part of this celebration with their family and friends here in New Jersey. Check out these Sneak Peeks from their celebration..did I forget to mention the Ferrari at the wedding, see for your self in the photos below! =)

I wish Dionna and Victor a lifetime of happiness and thank you again for letting me document your special day!

Venue: The Palace at Somerset Park

DIONNA AND VICTOR ENGAGEMENT SLIDESHOW from RON SOLIMAN on Vimeo.

I hope you enjoyed looking through these from their wedding. Make sure you leave your greetings for the couple in the comments box below.

A Valley Regency “micro” wedding I Pina and Amit

NEW JERSEY WEDDING PHOTOGRAPHY | HOLLY AND STEVE: A WEDDING AT THE MERION

NEW JERSEY WEDDING PHOTOGRAPHY – Big Wedding at The Merion today… I met Holly and Steve through their circle of friends, whose weddings we’ve been documenting for the past four years. It will be so nice to see lots of familiar faces again at their wedding at The Merion this Sunday. Check out these engagement images […]